“Teresa’s parents died while she was about 7 years old. Not sure how. She never received any formal education. She was brought up by her aunt, who also died soon after Teresa’s marriage. Teresa was blessed with two children (girls), unfortunately they both died at a very young age. Her husband died just few years later and Teresa was left a widow and orphan with no child to call her own. She had 2 brother in-laws of which one wanted to inherit Teresa as his wife so that he could bear children for his late brother and have a right to own his brother’s property. Teresa refused to be inherited and as a result, she was kicked out of the home.

At that time Teresa did not have anywhere to go, so she ended up as someone’s servant in town for a number of years. When she was dismissed by her mistress, she went and stayed with her elderly distant cousin. Teresa earned her life by weaving baskets & mats and selling them. Sometimes she could make a profit and other times lost as some people opted for low prices. Most times Teresa felt that she was peoples’ butt due to her being poor without any child or a husband.
As Teresa advanced in years, (her cousin was long dead) she becomes a devoted Christian. That time she had lost almost everything and even did not have anywhere descent to live and sleep. She lived in an appalling state and on the streets she spent her nights. However, Teresa did not lose hope. She sung God’s praises on most occasions and hoped that one day she would be relieved from her sufferings and miseries. According to Teresa, her prayers were answered when she was admitted to Old Peoples’ Home (OPH) in Mundika.

Teresa was referred to us and on assessment we learned that Teresa was suffering from pneumonia and receiving no treatment. Therefore we commenced her on the appropriate treatment and admitted her to the OPH in 1995. Since then Teresa is a resident at the Mundika OPH. In comparison to most of the older persons at OPH, Teresa is of better physical and psychosocial health. She assists with farm work during planting, weeding and harvesting periods. We as sisters have encouraged her to continue with her hobby of basketry during her free time. We bought for her palm leaves to start with, and thereafter selling some mats, she’s able to continue using the profit she makes from the sale.

Teresa seems happy, feels accepted by the community around her and she is contended with whatever she gets and is doing. She gets on well with other residents and she is grateful for the care she receives.” 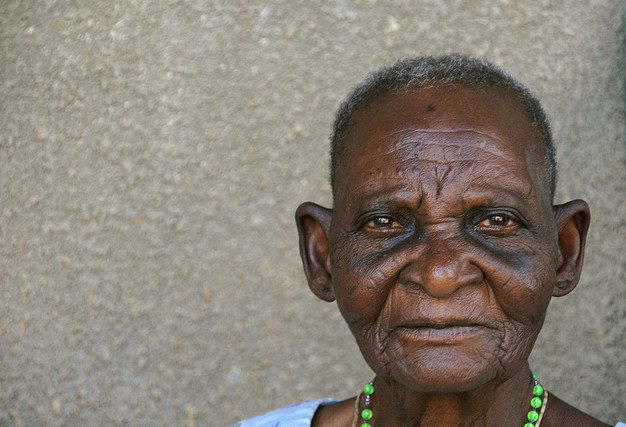 – Written by Sister Lydia of Grace and Compassion Convent in Mundika (near Busia), Kenya – april 2008